November 27, 2018 by Yellow Jigsaw in category Client Work, PR with 0 and 0
Home > Read All About It > Client Work > Our client – Unify Credit Union – wins media award at industry ‘Oscars’ 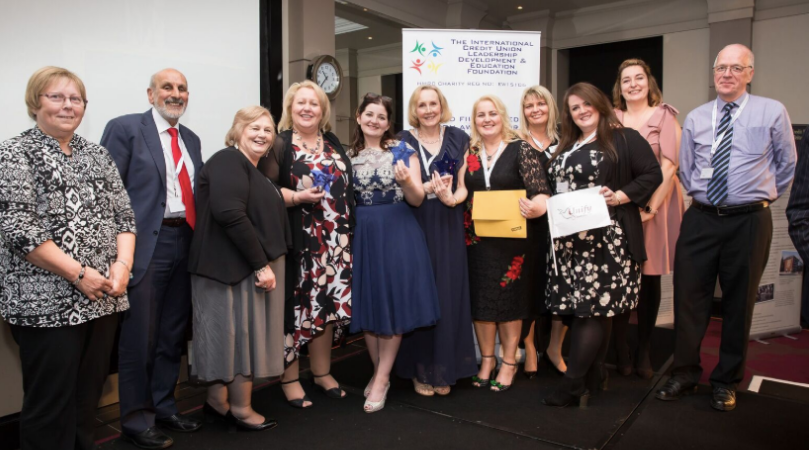 The Yellow Jigsaw team is feeling very proud of our client Unify who have won three awards at the ‘Oscars’ of the Credit Union world.

The eighth Edward Filenne Credit Union Awards for Excellence were held in Manchester City Centre in November and the Unify team walked away with three accolades including a ‘Special Award for Excellence in Film Production’ for their Halloween-themed Credit Union Awareness Week, as well as an award for ‘Hosting Saving Schemes for Primary and Secondary School Pupils’ and another for the ‘Use of the Media’.

Chief executive of Unify Credit Union said: “As a team, we work really hard to support people living in Wigan borough, so we are delighted to have won these awards for our work, which has helped us increase awareness of how a credit union is a better way to borrow and save. I would like to thank all of the Unify team for their continued dedication and also thank our partner PR company Yellow Jigsaw for their media skills that have helped raised our profile – we could not have done it without them.”

Yellow Jigsaw has gained numerous press articles for the credit union in Wigan and further afield to shout about their great work, as well as social media planning and a PR strategy. One of most fun campaigns to date for them was Credit Union Awareness Week in 2017 – where Zombies took over Wigan town centre with a flashmob to alert residents of the dangers of loan sharks and rip off lenders. 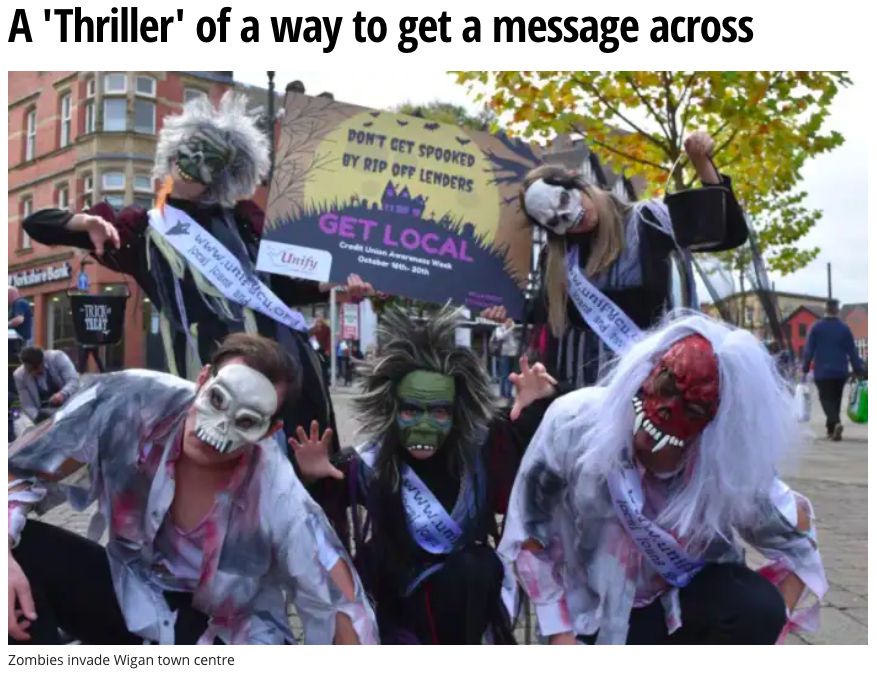 Media director for Yellow Jigsaw, Kirsty Day, added: “We love working with Unify Credit Union – they are a great team who strive to help people in Wigan break free from bad debt. We feel honoured to have helped Unify achieve these awards with our PR services. We, like them, want to protect people from getting into unmanageable debt and falling into the hands of predatory, high-cost lenders – and raising awareness of Unify’s services including low cost loans and savings is key to this. Congratulations to the team. It was great fun pulling together a Halloween-themed campaign for Credit Union Awareness Week including the video with special thanks going to the Saz Media team for their support on this project.”
The awards dinner celebrated those who have successfully participated in the Filene and Biden Awards programme by showcasing their efforts and achievements, and also gives an opportunity for those involved in the co-operative credit union movement to meet others from this country and other parts of the world.
If you would like to find out more about how you can borrow and save with Unify go to http://www.unifycu.org/
< Newer Article
Older Article >