Turning 50 and taking on a new career 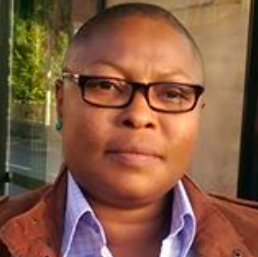 Our reporter Tony Openshaw spoke to Aderonke Apata – who has just reached the 50 milestone.

Here she tells us about her life and shows that age should not be a barrier to your achievements as she is set to become a barrister in her 50s and she also takes a look back on her achievements and what she has overcome before reaching half a century.

Aderonke is a fine example of how we should all #ChangeTheRecord

How do you feel about reaching the milestone of 50?

Reaching a half-century feels positively strange to me. This is because when I was in my explorer, carefree age, my twenties; I used to imagine what I would look like when I reached the milestone of 50. Nothing has changed really except that I have more wisdom!

How do you feel about being over 50 living in Salford?

Being over 50 in Salford feels so great! I feel so contented in form of tranquillity, calmness and gracefulness. One exudes his or her surroundings; no doubt, my environment is receptive and enabling of me to bloom.

Tell me about your story with the Home Office

My encounter with the Home Office was horrific. I came here 15 years ago fleeing persecution as a lesbian from my country, Nigeria, for safety in the UK. I never thought that I would be locked up for over one year in a concentration camp painted as Yarl’s Wood Detention Centre.

When I was detained I single-handedly organised nearly 400 women of different beliefs, traditions, backgrounds and nationalities; I led them in a peaceful demonstration over three days inside Yarl’s Wood Detention Centre. We all demanded our freedom and for the detention centre to be shut down. Nearly 80% of the women detainees were released. I was subsequently sent to prison for four months, without charge, for being the leader of a peaceful demonstration.

I was subjected to a culture of disbelief by the Home Office in a system that is set up for people to fail. When I was threatened with deportation, I was forced to come out publicly to the world as a lesbian through mounting a high profile campaign to save my life. I was eventually granted refugee status in 2017.

What are your achievements and successes?

My ability to campaign for social change which influenced decision- making positively in the UK asylum system (especially as it concerns LGBTIQ people seeking asylum) is one of my achievements.

Similarly, I have been involved at the European level. I have advised the European Parliament on policy reform for LGBTIQ people seeking asylum. I have helped many people by stopping their deportations and eventually getting granted asylum myself is fulfilling to me.

There are a few things that I would regard as my successes. One is founding Manchester Migrant Solidarity and African Rainbow Family. I am very proud of the huge number of people seeking asylum that both groups have supported, some are now refugees but also those who receive ongoing support.

African Rainbow Family now has over 300 members with branches in Manchester, Birmingham, Leeds and London.

A major success for me was that I was able to complete a postgraduate degree in law, within a year, and am set for the Bar Professional Training Course to become a Barrister combined with Master of Laws this September. This is especially as my background has always been sciences and social care. My first degree was a BSc in Microbiology followed by a Master of Public Health and NVQ4 Registered Manager Award.

What are your goals?

My goals are to become a successful immigration and human rights Barrister that will save lives of people fleeing persecution of whatever form, for African Rainbow Family and Manchester Migrant Solidarity to continue providing their ever needed support to people seeking asylum and repeal Nigeria’s homophobic law, and age gracefully.

What things do you enjoy and what challenges do you still face?

I enjoy spending time with my family, seeking wisdom, knowledge and understanding, travelling, standing up against injustice of any kind, meeting new people, networking and continuing to have a healthy relationship with God through Jesus.

There are challenges to achieving the above such as time and being unable to worship in a Nigerian/African church because of the engrained homophobia that people have, and the belief that LGBTIQ people are sinners that should not be associated with.