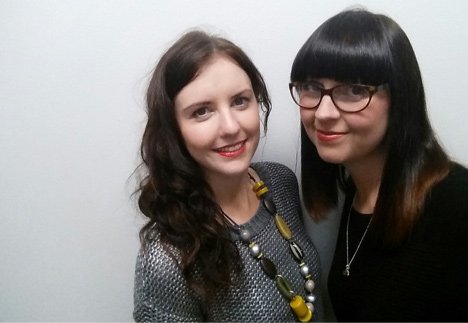 The Yellow Jigsaw team is delighted to announce that we have been nominated for a Spirit of Manchester award for our successful women in business campaign.

The awards, which are organised by Manchester Community Central (MCC), celebrates and highlights all the excellent work being carried out in Manchester’s voluntary and community sector.

Yellow Jigsaw attended last year’s fantastic event and we now feel honoured to be among the fantastic nominees this year.

We have been shortlisted in the ‘Most Successful Campaign’ category for our #ImNotJohn campaign, which saw us showcase the talents of female leaders to inspire other women who want to rise up the ranks the belief that they too can be the boss in their chosen career.

It all stemmed from Guardian research that showed the lack of women occupying the top jobs in FTSE100 companies. But this inequality is not unique to the corporate world: females are under-represented in senior management positions in charities, government and hospitality.

#Imnotjohn provided women across the North West with role models who show you don’t have to be a John, Dave, Mark or Andrew to succeed.

The campaign saw us build up a team of 85 super champions from councils to construction companies. And so far, 15 of these champions have shared their inspiring stories. These stories and our Thunderclap reached half a million people across social media, and more than 3000 have taken action.

The winners of the Spirit of Manchester awards will be announced at an awards ceremony in October, so watch this space!

Please get in touch if you want to hear more about #ImNotJohn or would like support with your own campaigns.