November 3, 2015 by Yellow Jigsaw in category I'm Not John with 0 and 0
Home > Read All About It > I'm Not John > I don’t want my children to be defined by their gender 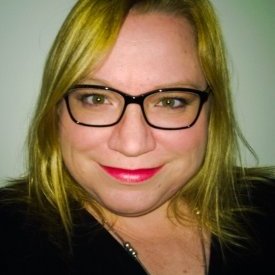 Sarah Bennett is championing #imnotjohn. She is the director of Tech and Toast, which she set up 16 months ago, and Talking Tea Parties that she set up only five months ago.

The mum-of-two, who was a finalist in the EVA award for 2015 as sole trader of the year, wants her children to grow up in a world where there will be no need to campaign for equality for women in the workplace.

Just over a year ago, I wrote an article for the Talented Ladies Club on why women, in particularly mums, need to overcome their fear of technology; or risk the impact on their children. Especially their daughters.

At the time, my eldest child was just starting school. She’s bright, inquisitive and an open book when it comes to learning. My girl is an encyclopedia of knowledge already – at six years old.

I feel a huge responsibility to not only be a nurturing parent but also one that shows her that she can do anything. Her gender should never hold her back. I’m loathed to admit it, but it’s held me back. Or, I’ve allowed it to.

I’m mid-thirties, run two businesses, reasonably intelligent, well-educated but still until relatively recently would field any technology-related “issues” to my dad, brother and my then husband. Yes, I had a smartphone, was a wizz at social media but that was about it. Anything else I more or less ignored. Until, two things happened: I picked up some freelance work writing about a gadget and I realised that my daughter would be taught computer science from aged 5. I decided to get my act together.

I realised pretty quickly that not only did I understand the world of computing, smart technology and all things “geeky”, but that I really liked it. It excites me. But not just me, millions of girls and women around the world are the same. Why did it take me so long to realise that I’m actually a geek? Because I told myself that technology just wasn’t for me. Why did I believe that? Because that’s what I’d been essentially told; throughout my education, my upbringing and into the world of work.

The number of times my opinion on anything IT-related or tech-related was ignored, particularly when I worked in the public sector was countless. At school, the IT ‘suite’ was always mostly full of boys. I never once considered a career in any technology or engineering-related field, which is a shame, as I was an academic child and could have excelled.

Instead, I stuck to the humanities and arts and went off to university to study sociology, which, I can honestly say has served me no purpose whatsoever!

Over the last year I’ve written about apps, reviewed gadgets and written articles about women in technology and also the strength of the technology scene in the UK. I also have a digital marketing business, so get to combine the written word and embrace my inner geek. I’ve put together my own website and I can code. Not brilliantly, but I can do it. So, when my daughter brings home her computer science homework, I’ll be able to help her.  She’ll only know a mummy that can do everything. A mummy that rolls her sleeves up and gets on with it.

My son, who at the moment is more interested in Fireman Sam, will also know that his mummy can do anything she turns her mind to.

I wanted to get involved in the #imnotjohn campaign as a female north west-based businesswoman but also as a mum. I’m hoping that when it comes to my children entering the workplace, there’ll be no need for this type of campaign. That my children and their achievements, won’t be defined by their gender.