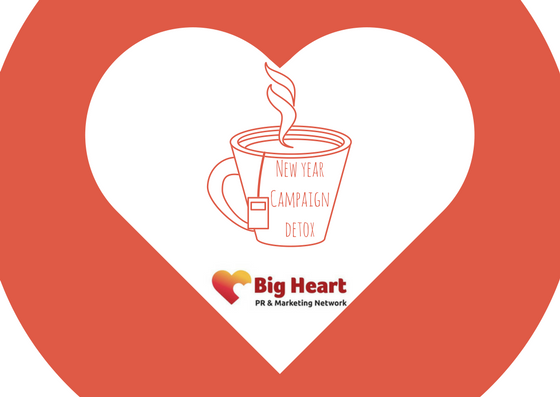 Now the tinsel and turkey is done for another year, Big Heart is taking a look back at three charity campaigns in 2017, to see what pulled at our heartstrings, educated us or made marketing teams across the country wince in sympathy.

And more importantly – we want to see how we can learn from these campaigns – to have a detox at your own charity or social enterprise and start the New Year with a bang.

It capitalised on an already highly recognisable and long-running I❤MCR logo and the bee symbol of Manchester to raise money for victims and their families.

The strong visual branding brought the city and nation together as a focus of support and steadfastness in the face of terrorism.

The fund topped £11m within three weeks, benefiting from unity of the organisations involved and clarity of message.

2. A simple way to communicate complex information about a difficult subject was at the heart of the #KnowYourLemons campaign.

Worldwide Breast Cancer cleverly countered this problem with a highly shareable graphic to raise awareness of the various signs of breast cancer, and remind women that lumps are not the only symptom.

Using an egg carton full of lemons, it depicted a dozen different signs cancer to help women know what to look out for when checking their breasts.

3. Charities often have high hopes when they get a high-profile celebrity on board. However, it can also be a high-risk strategy.

Formula One ace Lewis Hamilton roundly lambasted on social media after his plea for viewers to donate during Children in Need in November.

Hamiliton was pictured wearing huge diamond earrings and a jaunty hat while clutching Pudsey the bear, the BBC’s Children in Need mascot, just days after the Paradise Papers leak revealed he had avoided paying tax, including millions of pounds on a buying a private jet.

Social media wasted no time in taking him to task after this tweet: “Guys, to support kids living in poverty I’ve donated a pair of my PUMA shoes to @SmallStepsDocs and signed them. Support their great cause by making a bid here”

The great work of Small Steps Project, a charity supporting children who are living on rubbish dumps to take small steps out of poverty, providing shoes and emergency aid, was completely overshadowed by the general public’s outrage at Hamilton.

@hrtbps tweeted: “I’m appealing to you directly @LewisHamilton. Reaffirm your commitment to ending child poverty by donating your £3.3m VAT refund to charity.”

@RJonesUX’s tweet “If #LewisHamilton hadn’t avoided paying the VAT on his private jet, we could have funded 17 Sure Start centres for a year, and he’d have to scrape by on his remaining £178 million. Please give generously.” was liked 15,000 times and retweeted by 11,000 people.

We hope you are enjoying a great start to 2018, and if you want help with boosting your charity campaigns, get in touch with us about our lunch and learn sessions this year by emailing grace@yellowjigsaw.co.uk