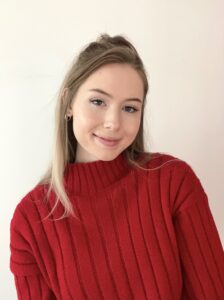 Our Media and Content Producer Jodie Smith has been with us for six months now. Here she talks about her time in her new role, going from university, interning with us to becoming a much valued employee.

“Is it just me or do you sometimes struggle to stop and reflect and instead jump straight into your next task? But with so many amazing projects that I’ve leapt into over the past six months with my time at Yellow Jigsaw so far, I think it’s really important to look back… and I’m sure it will help me take things forward too!

“I’d worked with Yellow Jigsaw long before I finished university, joining back in March 2020 for some work experience with the Talking About My Generation team. It was more than just something to put on my CV – I met so many interesting people and engaged with digital news production skills that I hadn’t really touched on my course. I was taken aback by the good values of the project, and didn’t know such a newsroom existed.

“I remember having a pit in my stomach leading up to my graduation. I’d trained in a variety of job roles within print, digital and broadcast media, whilst covering music, politics, law… and even specialised in both photojournalism and television making.

“No doubt, I was grateful for the wide range of skills, but had no idea which direction I wanted to take it. Enter ‘Media and Content Producer’ role…

“Since taking this on, as well as assisting with client social media and video production projects, I have put my journalism skills into practice with the continued development of our Talking About My Generation news website and social media communities. My favourite part is taking our volunteer reporters on days out so they can use our media kit and of course, get them doing some ‘vox pops’ (interviewing the public)! It’s gratifying to introduce other people to new skills.

The most special My Generation moment has been creating the ‘This is What an Activist’ looks like campaign video, which I somewhat agreed to after being convinced by Grace and Kirsty that I could do it (and spent nearly a week debating whether to say, “Can you get someone else to make it?”). I didn’t believe in myself… and still don’t really believe that, as a result, we are creating three more campaign videos in different areas around Greater Manchester. Confidence in delivery of my work has never been a strong point, so this was a real boost and I cannot wait to get behind the camera and the editing suite again for these projects.

On the flip side, as well as helping with the Media Cubs social media, I have been learning brand new skills – session delivery! It has been a pleasure teaching after school clubs, delivering training programmes to groups such as Wigan Youth Zone and Trafford Young Carers and running school holiday clubs filled with exciting creative and digital challenges for kids.

There probably couldn’t be a more perfect job for me right now and I’m on the edge of my seat to see where this all goes. Being able to show other young people media skills to inspire and encourage confidence is something that I take a lot of pride in – I know that I would have loved something like that when I was younger.

Ten-year-old me did not see a career coming out of an obsession with making (bad) YouTube videos and fake music videos (worse) with a 2005 version of Windows Movie Maker.

I had no idea that I would be able to get involved with so many projects and take on so many responsibilities and opportunities in just half a year – and most of all, be believed in so much!

Unsurprisingly, it feels good to be part of something good. So, here’s to another amazing six months and a cracking 2022.

About the Author: kirsty 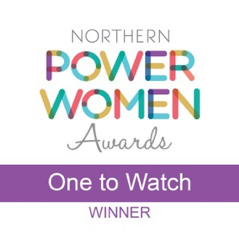