‘I’m arguing for people in business, not just women’ 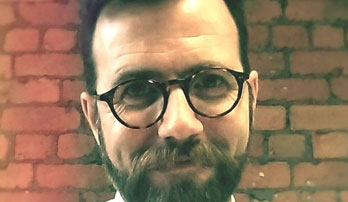 It’s great to have MACC CEO Mike Wild on board as a super champion for the #imnotjohn campaign. He is the first man to sign up – and we hope many more are to come!

I’ve been asked to write a bit in support of a campaign about women in business.

To be honest, my first thought on this kind of thing is “It’s 2015, how come we haven’t sorted this yet?” See, I kind of thought we’d agreed decades ago that equality is the right way to go.

We live in a world where you can get information at the touch of a button on a gadget you can buy fairly easily in a shop. I can remember a time when that seemed like science fiction. And I’m not that old. (No really, I’m not.) There are now more discovered planets outside the solar system that I can possibly name and I can go into a supermarket and buy celeriac even though I remember when spaghetti seemed exotic. Human ingenuity has solved all this stuff but still can’t somehow apply the same genius to a situation where 52% of the population are demonstrably less valued in the workplace than the rest. A quick internet search will throw some astonishing figures at you. Here’s the first result you get, for example: https://hbr.org/2013/09/women-in-the-workplace-a-research-roundup

Equal pay is still an issue. It’s 2015 and some people still have a mindset that would allow them to believe they’re making a rational decision to pay a woman less than a man for doing the same job.

You could say future generations will look back at us and think we were crazy and why didn’t we see how patently absurd that is but actually, people have been saying it for decades. To me, the birth of feminism and the civil rights movement are simply things I grew up with as historical fact. While part of me remains incredulous that for all our advances and gadgets, we’re still working on this one, I also understand that social progress generally takes longer than a single lifetime for real change to happen. Rapid technological advance has given us the illusion that progress is very fast if you’re only smart enough.

Perhaps that’s why it’s easier to detect planets in distant solar systems than to sort out something as obvious as equal pay. Mind you, I read stories like the one in Donna Hall’s blog for #imnotjohn and wonder what planet some men are living on anyway.

I should probably challenge my own bias here because I’ve only ever really worked in the voluntary sector (community groups, charities, social enterprises and the like). That tends to bring me into contact with more people who are motivated by trying to do something about social issues like equality and racism. Not that we don’t have those issues and we certainly don’t have any kind of monopoly on compassion, diversity or wisdom, it’s just that the nature of our organisations is such that we generally attract people who want to change the world and are trying to get this stuff right.

Of course, we don’t always succeed. As a sector we tend to be a more diverse employer: better balance in terms of gender, ethnicity, sexuality and disability. And we’re not exactly rolling in cash (don’t believe everything you ready about charity CEO pay!!) so money is not generally the reason to choose to work in our sector. Sadly, we get less good at reflecting this diversity the more senior the position is – the voluntary sector is better than most, but the white male pattern is still there.

I’m sure part of why this pattern seems to repeat is down to that old issue of taking time out to give birth to children being somehow seen as an interruption to an otherwise stellar career path. I don’t think it’s entirely about the fact that physically women have to stop working while their bodies are busy doing childbirth – you often see the same attitudes around adoption as you do around maternity leave.

I think it goes deeper than that: I think it’s about hero myths. The most pernicious idea in our culture is the idea of the super-talented individual who works harder, dreams better, speaks more commandingly and could do everything on their own if only they had more time and extra hands. It’s the same myth which makes people believe that one employee deserves 30 times more pay than another. Are these people imbued with magical powers?  Any organisation is the product of collective effort by human beings, no matter who the CEO is or who’s on the Board of Directors.

There’s a workplace myth that you must love your job as part of your purpose in life, like it’s at the very fibre of your being. Now that’s a depressing thought. Some people are lucky enough to have that dream job which appears to allow them full expression and self-actualisation.

Let’s face it, most of us don’t have our dream job. Selling us the myth where we’re the hero in the saga of our dream job is just taunting us. Most of us are doing something we don’t mind doing in order to get paid enough to enable those we have responsibility for to eat, sleep under a roof, spend good time with friends and family and do other things we enjoy like travel, play, read books, learn new things or watch DVDs of obscure old British TV programmes like Adam Adamant Lives! (No? Just me then.[1]) – and to be able to continue to do that once we stop working. For most of us a career is really about shifting “don’t mind” to “quite like” and getting more money for doing the good stuff. The real career path for most of us is more about Maslow’s hierarchy of needs.

Yet our workplace cultures and our business leadership courses focus on company loyalty, commitment, a constant stream of growth and success, playing hardball, outrunning, outbidding, outmanoeuvring and outgunning the rest.

Seems to me it’s mostly ego-fuelled macho bullshit and so perhaps it’s not surprising that it’s male-dominated. Human beings do some utterly irrational things when they’re in a work context.

People who are otherwise perfectly reasonable, likeable individuals end up, in the belief that they’re showing strong management skills, making jaw-dropping decisions in which they somehow forget that most of us are working to live, not living to work. Perhaps what comes out as sexism is as much a symptom of that culture – it’s just the part which is specifically negative towards women.

One example of a workplace culture which is mentioned a lot is summed up in the oxymoron that women who decide to have children are not committed to their careers while women who don’t have children are somehow not living up to their female role. Of course, neither observation is remotely useful or true. But it creates situations where women returning from maternity leave are fearful of saying anything about their children for fear of being labelled by managers as not having work as their top priority. And yet, when those managers go home, they would say their own family life is what’s most important to them.

I can rant about this stuff for another couple of pages but that won’t change much. I’ve not really said anything about multiple discrimination where gender and race, age, sexuality, gender identity and class all come into the mix. Or those hidden forms of discrimination which barely seem credible:  one I see a lot in Manchester – and this is absolutely genuine – is discrimination against Scousers.

We’re still at a stage where we need to celebrate black women leaders in order to inspire others. One day all this will simply be unremarkable and we’ll celebrate people for the great things they have done rather than for simply being able to do them.

The main thing is to focus on what we can actually do to make progress. Like I said, I’m in the lucky position that I get to meet many incredible people who are doing amazing work in local voluntary organisations. And quite a lot of them are women. (Surely I don’t really need to say something that obvious? Perhaps the point is that I do need to say it!) It’s generally suggested that encouraging more women leaders can be done through things like supporting women to speak up at meetings, giving them opportunities to lead and develop, including women leaders in the whole process of decisions (gathering info, analysis, etc. not just the final call). And that’s good practical stuff. But I guess the point I’m making is….isn’t that the same as you’d say for anyone? Those solutions don’t only solve an issue of gender. Perhaps I should apologise that I’m not really arguing for women in business, I’m arguing for people in business.

Why does that seem so radical?

[1] Actually, I’m sneaking an important point in here. The producer of Adam Adamant Lives! was Verity Lambert: a female pioneer in a male-dominated industry. https://en.wikipedia.org/wiki/Verity_Lambert

If you agree with Mike and are inspired to get involved in #imnotjohn to be supportive of women in business, click here. 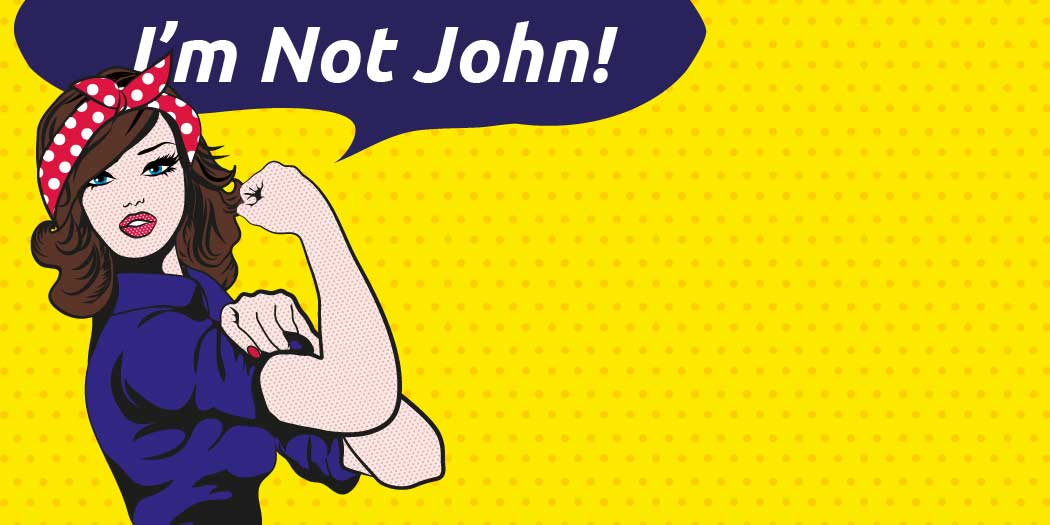