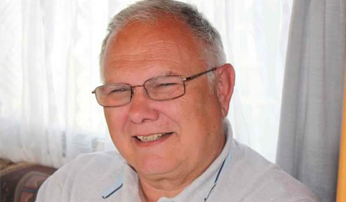 Reporter Rik Whittaker, from Lowton, has a keen interest in music, photography, dance, travel, and education.

After retiring from Civic Service, Rik attended The University of Salford to complete a Computer Science degree and Masters in Technology and Education.

He now promotes STEM careers going into schools with the Greater Manchester STEM Centre, runs a photography group and is an avid motorcycle rider – and has added playing the flute to his musical skills.

He joined the Talking About My Generation campaign to show that “We’re not growing old, we just have more experience of things.”

He would like to recognition that older people can add great value to the lives of others, and hopes to do this through the campaign with improved communications on the reality of the lives of older people, particularly with strong visuals and compassionate images.

As one of the community reporters, he will be building on and using his photography skills, capturing people at events, who are a part of the campaign.

Rik says: “It’s a great time to start something new!”