September 12, 2019 by Yellow Jigsaw in category Communications, Passionate Pair, PR, Social Value with 0 and 0
Home > Read All About It > Communications > Sporty youngsters become reporters when Media Cubs hit the road this summer 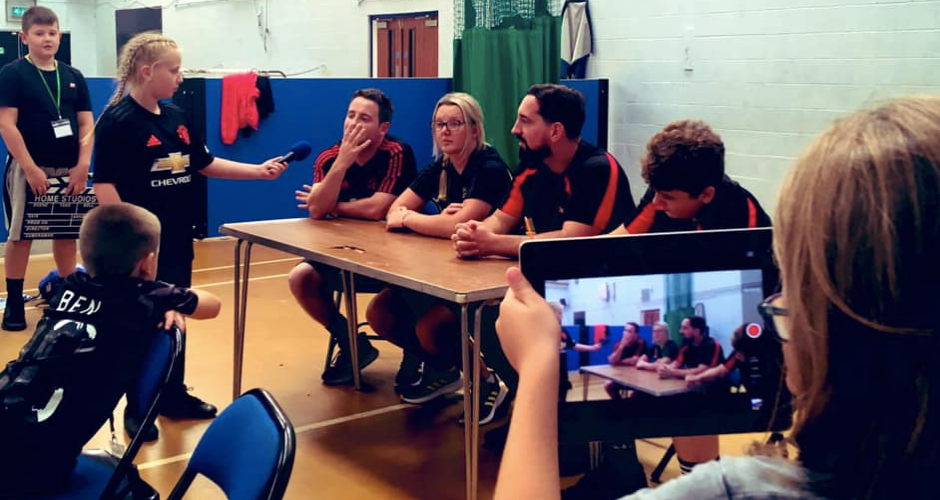 *Check out our new Media Cubs site at www.mediacubs.co.uk

Dozens of sporty youngsters enjoyed a summer of fun – as well as learning new skills in communication, leadership, reading, and writing by turning them into reporters.

Media Cubs went on the road in August to join the Manchester United Foundation in Partington, after being invited by Trafford Council.

The youngsters were taking part in a Summer of Sport event set up by the Foundation that sets out to engage children from deprived areas to form healthy eating and active living habits.

The group enjoyed activities such as football, swimming, and basketball – but also showed their talent for becoming newshounds of the future.

They were able to become cub reporters for the Cubchester News over four weeks – and to keep the competitive element going – they split into two news teams and competed against each other by reporting on their Summer of Sports activities – for medals each week.

The Media Cubs reporters got the chance to interview each other, take part in a press conference, create a comic strip, design a new sports kit and write a press article.

The teams also built their leadership skills through the help of our ‘mini managers’ task each week, built creativity through their football, boot, kit, and trophy designs, and their communication skills too! 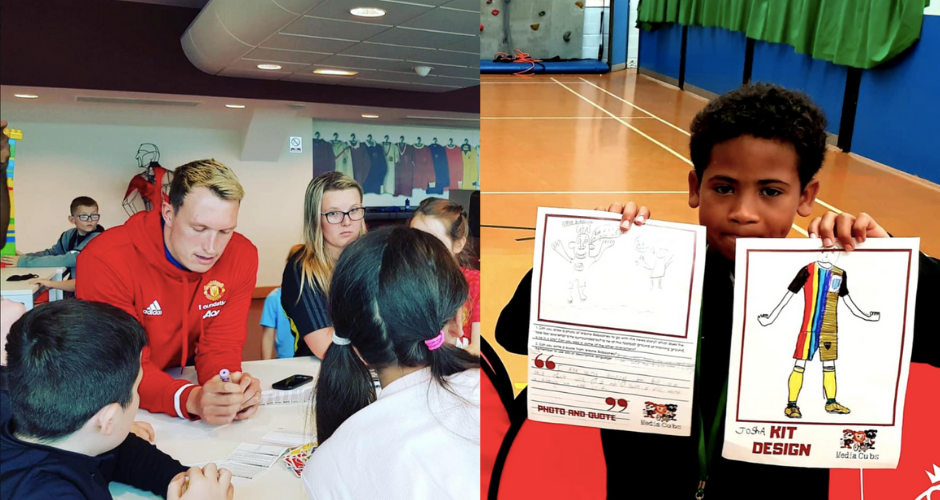 The Media Cubs team were lucky enough to put their new skills to the test by interviewing Manchester United players – Phil Jones and Chris Smalling, and they also got to read a sports report on Media Cubs character Wayne Babooney – who had recently signed a record £10 million contract for Cubchester United and designed Wayne’s new kit, made their own photos and captions and added a quote to the news story. 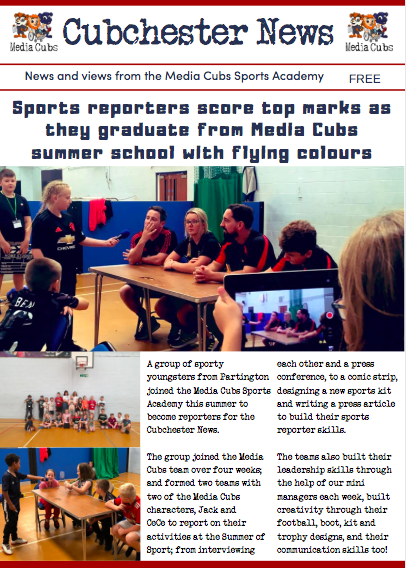 She said: “It was fantastic to see how these sporty youngsters engaged with the Media Cubs sessions and how they enjoyed creating the news in its many forms from writing for the Cubchester News to going live in the C:TV studios, as well as showing a creative flair for design. Who knows we may have discovered sports journalists of the future!”

Find out more about what our Media Cubs are up to at: www.mediacubs.co.uk