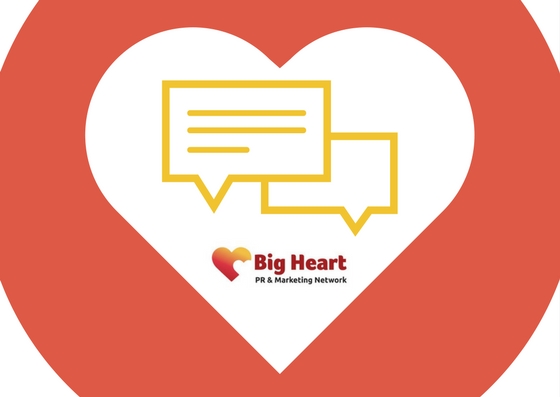 Billionaire philanthropist Warren Buffet once said: “It takes 20 years to build a reputation and five minutes to ruin it. If you think about that, you’ll do things differently.”

Your charity or social enterprise may never face a media crisis but if you only start thinking about how to deal with one when it happens, it is already too late. Reputations are fragile and can easily be damaged beyond repair. But take heart, Big Heart is here to guide you through your disaster strategy.

Don’t ever think: “It can’t happen to us”. What begins as a minor problem could mushroom to crisis levels far quicker than you could anticipate if not dealt with appropriately. Disaster response is all about preserving reputations by being prepared – 80 per cent is prevention, rather than management.

Even ostriches aren’t mad enough to actually bury their heads in the sand!

Use free social media listening tools, such as Google alerts or mentions in social media management tool Hootsuite, to keep a ear out for potential problems.

Sometimes a minor gripe left unaddressed, particular from an account with a lot of followers, can escalate out of all proportion.

Do not remove unfavourable comments but respond calmly and respectfully, and take the conversation out of the public arena as quickly as possible. This is not the job for junior office staff. Move to private messages, email or a phone call. Simply acknowledging the issue can sometimes be enough to resolve it.

Put together a crisis committee and anticipate scenarios your particular charity could face.

Test for points of vulnerability and either resolve them or work up an appropriate response. Use this information to create a ‘crisis handbook’ detailing who is on the committee, the contact protocol and agreed plans for when an emergency happens.

Identify and train spokespeople, being aware that a good corporate speaker is not always the most successful in front of cameras. Always try to match the seniority of a spokesperson to severity of the crisis. In the case of loss of life, the CEO must always represent the organisation, unless there is a very good reason.

To help get through in the initial period of confusion, while the crisis committee is investigating what has happened, pre-prepared holding statements will give your organisation some breathing space.

Write a range of comments which reflect several possible situations.

Get proactive: put a statement out online within the first 10-30 minutes, adapting the holding messages after assessment of situation and audience. Then follow up by briefing the media the traditional way with a press conference.

Do not leave an information vacuum: no comment is not an adequate response. It looks as if you have something to hide. Conversely you do not need to release every detail. Try to think like a journalist. What will they need for the story? Who else would they talk to for comment?

Poor public statements affect the trust and opinion your staff as well as external parties. Make sure they have been briefed before a statement is made public. You need them on your side and they look to you for confidence and leadership.

Be aware that trying to suppress a story legally often inflames the situation rather than making it go away.

And last but not least, restrict staff access to social media accounts. As soon as a situation occurs, change all social media passwords so only those in the crisis committee can gain access. HMV learned the hard way as their disgruntled staff live-tweeted their in-house redundancy announcement via the company’s official Twitter, with management unaware of the PR disaster playing out as they spoke.

If you need help in preparing media crisis strategy, role playing to find any weakness in current planned responses, or are facing a difficult media situation right now, Big Heart Network can help. Contact us on hello@yellowjigsaw.co.uk and visit our page to see when the next lunch and learn sessions will be held.