Ladies Lunch fundraiser was a recipe for success

March 24, 2015 by Yellow Jigsaw in category Client Work, Communications, Events tagged as events; fundraising; communication with 0 and 0
Home > Read All About It > Client Work > Ladies Lunch fundraiser was a recipe for success 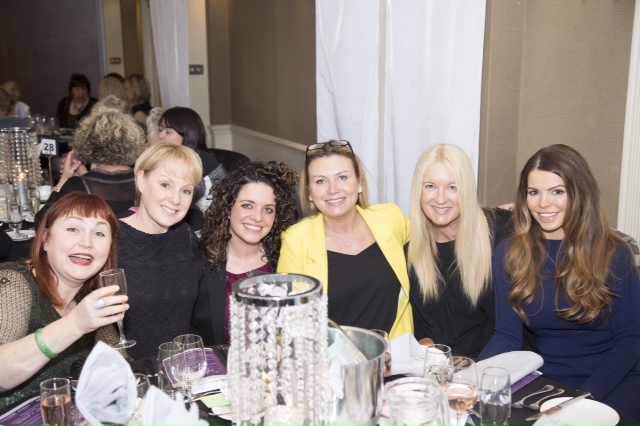 What a week the YJ team have had! Yellow Jigsaw helped client Beechwood Cancer Care Centre celebrate its landmark 25th anniversary at this year’s ladies lunch and fashion show – which was the highest attended event to date. Fundraising Manager Angela and her team of volunteers did a fantastic job managing the fundraiser. Here are the top tips from the day for you to use in your next fundraising event:

Location that appeals to your target market
The Mere Golf Resort and Spa in Knutsford was the perfect location for Beechwood’s target of female supporters. More than 330 guests come through the doors including soap stars Sally Dynevor, who plays Sally Webster in Coronation Street, and Morag Siller from Casualty and Monarch of the Glen. They were joined by other soap actresses Tricia Penrose and Jennifer James, along with Gaynor Morgan, the daughter of Manchester United legend Willie Morgan and reality stars of the moment from Real Housewives of Cheshire, Leanne Brown and Tanya Bardsley.

Make the event an experience to remember
The day, which was hosted by Key 103 breakfast show presenter and Beechwood Cancer Care Centre patron, Chelsea Norris, included not only a three course lunch, but a fashion show from House of Fraser Altrincham and exclusive shopping to give the event a memorable experience for supporters.
This VIP treatment was complemented by moving reminders of the cause for which we were fundraising. Many supporters were moved to tears, seeing cancer survivors strut their stuff on the catwalk as part of the fashion show and listening to an inspirational speech from one of those models, Sophia Lucop-Leech, whose words brought people to their feet for a standing ovation.
Engage with social media
Yellow Jigsaw managed the Tweet Awards element of the fundraiser. The Tweet Awards encouraged guests to put their best thoughts from the event and photos on Twitter to start a conversation about Beechwood’s Silver Wing Appeal using the hashtag #silverwing- which trended on the day. You can see the Twitter highlights from the event here.

…get in touch with Yellow Jigsaw to learn how our not for profit services can support your next event.