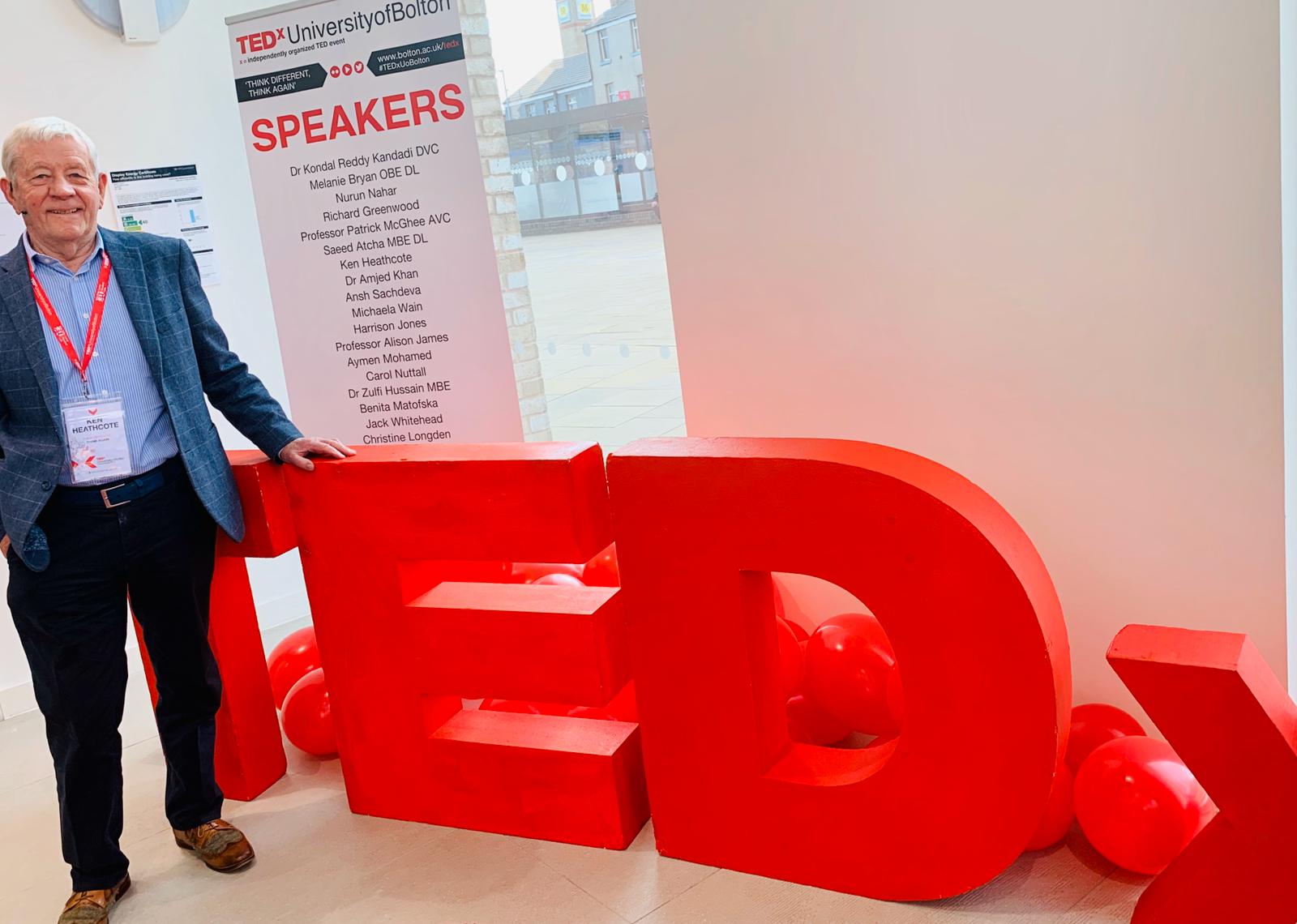 Bolton born-and-bred entrepreneur Ken Heathcote took to the stage as part of Bolton’s TEDx Talk event –  hosted by the University of Bolton – and his talk was met with a standing ovation.

The event at the university’s Institute of Management, is part of an international network of talks. Speakers are challenged to share ‘ideas worth spreading’ in 18 minutes or less, with no autocue or scripts.

During his TEDx Talk, titled “Aspire to Inspire: Changing The Perceptions of Age”, Ken shared his experiences of continuing to take on physical and mental challenges to mark milestone birthdays – using the mantra passed down to him by his father, “If you think you can, you can” as a motivator.

Ken, 84, is a coal miner’s son from a Bolton council estate and became one of the most influential men in the fitness industry, who is often described as a pioneering visionary for transforming Britain’s health culture and helping a Premier League football team overcome its players’ psychological problems.

The former paratrooper launched the country’s first multi-facility fitness club in his home town of Bolton, and went on to run a chain of successful gyms.

Now in his 80s, Ken continues to take on physical challenges – including swimming the length of Lake Windermere- as well as delivering motivational talks on the mindset that drives business and fitness success.

He said: “It was an honour to be on stage to share my life learnings and to show age is just a number. I truly believe that mindset is a powerful thing and keeps driving me to this day: if you think, you can, you can!”

Mohammed Sadiq organiser of the event, said: “Ken’s TEDx Talk was truly inspirational and moving.  His story certainly sent a very powerful message that people will hold forever in their hearts. The University of Bolton is extremely grateful to Ken for his contribution.”

Ken recently shared his story at the Talking About My Generation campaign’s first live event – the Living Library.