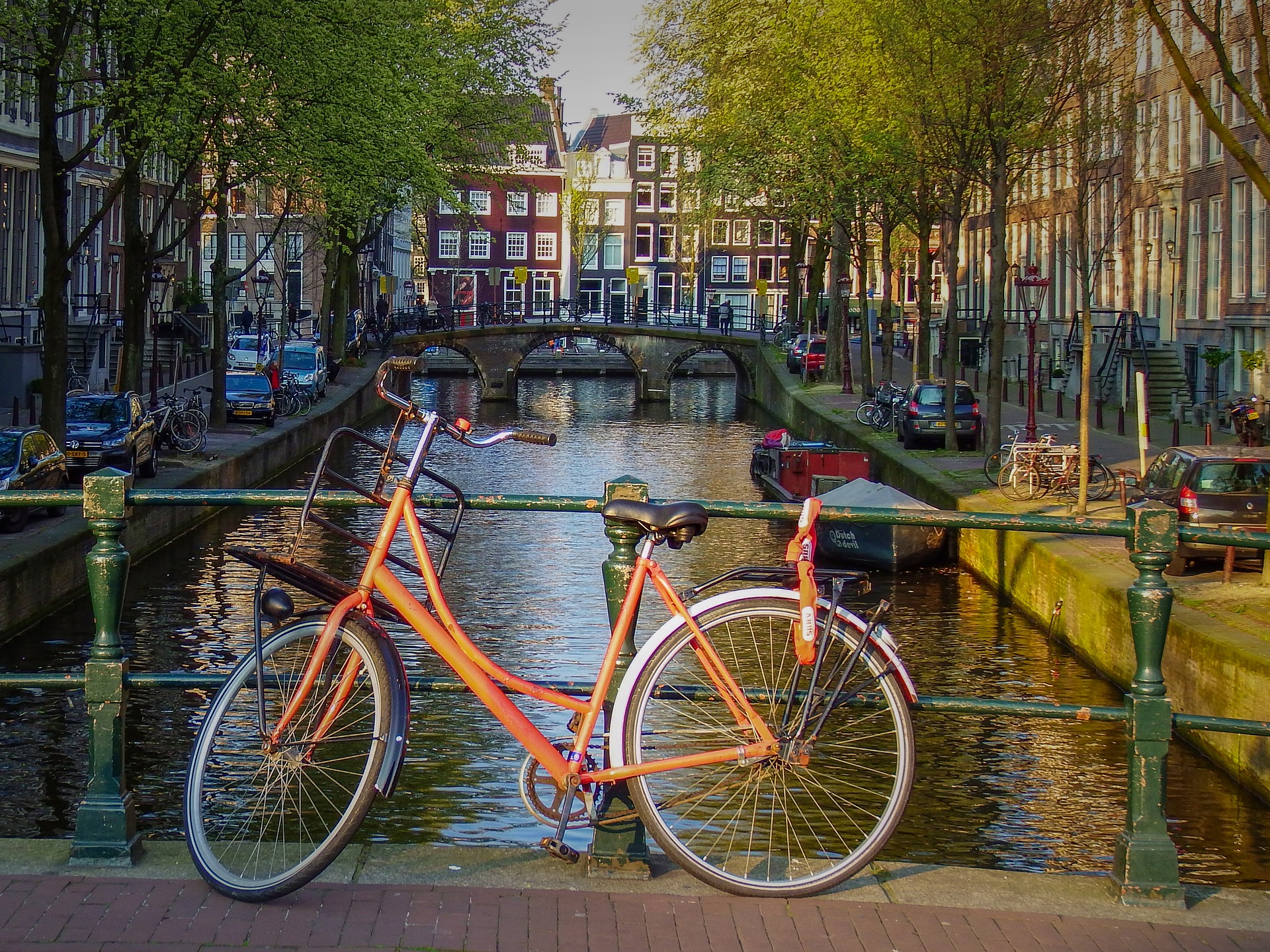 Our reporter, Pauline Smith, visited Purmerend, a small town of 80.000 people, which is just North of Amsterdam with her son last year, and was struck by how many older people were clearly active, mobile and fit. Here she gives us an insight into what we can learn from those growing older and staying active in the Netherlands – with no surprise that getting on yer bike plays a big part!

Life expectancy continues to increase in the Netherlands; men who are currently 65-years-old can expect to live another 19 years on average, and women 21 years. That is a life expectancy increase of 3.5 years for men and two years for women, compared to 20 years ago. The Dutch now also live longer in good health – compared to 20 years ago, men can now look forward to another three healthy years, women to two. And in 2019, 50% of the Dutch population is over 50 and it is predicted by 2040 that 50% will be over 65.

Well, as we all know, the Dutch cycle more – from ages 8-80. They cycle more often, and they cycle longer distances than any of us Brits, as well as to a higher age, often with the help of the ‘e-bike’ – that can assist peddle power.

All together the Dutch own 22.5 million bicycles. This means that on average they own 1.3 bicycles per capita. More than any other country in the world!

Almost a quarter of the Dutch population cycles every day (24%) and specifically for the over 65-year-olds it is still at an impressive 17%.

Being able to stay fit and active on a bike is helped by the infrastructure the Dutch have at their disposal – which is phenomenal.

The figures vary a little depending on the source, but there is currently at least 33,000 to 35,000 kilometres of dedicated cycling infrastructure. That does not include the road space where cycling takes place in the same space as other vehicles, which are traffic calmed, making sharing road space very easy and safe.

On average a Dutch person cycles 1,000 kilometres a year in about 250 to 300 cycle trips. Again, that is more than in any other country in the world.

Last year, 15% of 65 to 75-year-olds also still belonged to a sport club and about a quarter of people older than 75 said they exercise weekly.

Dutch elderly people also live independently for longer, according to Statistics Netherlands. In the past, almost everyone who was over 65 lived in “care homes”, however in 2000 this model was changed to one where older people live at home as long as possible and there are programmes to keep older people involved in their communities, which is supported by central government, local authorities and many volunteer groups. Even programmes for older people (80-year-olds) to learn how to fall safely.

It is hard to argue that the bike life, other physical active and a sense of community is having a major impact on people staying fit and health in later life in the Netherland – and on top of that – the Dutch are also on track to keep their minds healthy too with 40% of Dutch people over 50 doing volunteer work versus 16% as the EU average.

I think all of this could unlock a healthy way of living here in Greater Manchester – now we just need to take on more rewarding voluntary experiences, get on our bikes more and get our roads geared up for it!