October 26, 2015 by Yellow Jigsaw in category I'm Not John with 0 and 0
Home > Read All About It > I'm Not John > Being a Big Sister for Girls Out Loud has had a positive impact on my life 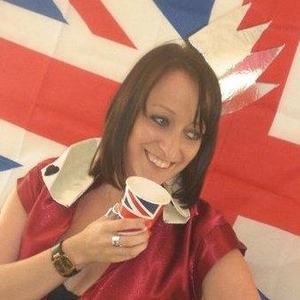 Big Sister Beccy Irving says mentoring for Girls Out Loud has taught her that everyone is capable of achieving anything they want to and the Little Sisters that she works with have been inspirational.

Ultimately, the time she has devoted to being a Big Sister also gave her the confidence to start her own business – Bird, a branding, design and marketing consultancy based in Preston.

Now she is supporting the #imnotjohn campaign to carry on being supportive of women in business and inspiring the younger generations.

My reasons for getting involved with Girls Out Loud is that I’d battled with low self esteem, depression and anxiety through my teens and twenties, and on reaching 30 – having dealt with most of these issues it made me think about how different it could have been if I’d had the support of someone in my teens to help me see things in a different way.

I’ve not got kids of my own yet but I’m an auntie to five – four of which are girls – three of which are currently teenagers.

Seeing teen years from their point of view, and the increased pressure on them from media, society and social media it made my decision to get involved in someway.

Chloe was the first girl I mentored, and she was wise beyond her years. She had dealt with a lot from an early age, her brother dying and twin nephews dying shortly after and all before the age of 11.

I bonded with Chloe almost immediately and genuinely looked forward to meeting up with her. Although she was struggling to work through some of her emotions, she is one of the most caring 13 year olds I’ve ever met, always putting others before herself.

During our 12 months together Chloe became more confident, she applied herself in class, her behaviour improved, her temper improved and most importantly her smile came back.

I would never say I was responsible for that as it was the effort Chloe put into our sessions and beyond that allowed these changes to happen, but it’s an amazing feeling to know that you’ve been a part of helping someone develop in life.

So, what has GOL taught me – to listen, not to judge, to appreciate what I have whether it’s what I think I want right now or not. To believe that everyone is capable of achieving anything they want to. To support and encourage others.

The relationship I’ve built with my Little Sister and also the other Big Sisters has had such a positive impact on my life – giving me the confidence to believe in myself more, which has ultimately led to me starting my own business.

If you would like to hear more about Girls Out Loud and the #imnotjohn campaign and how you can get involved, click here.